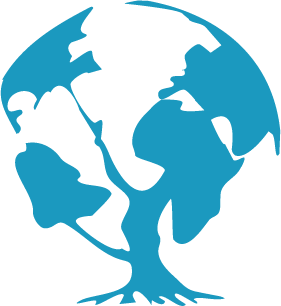 What is the name of the project?

What country is the project located?

Is the organization capable and agreeable to communicating several times per week during the design stage?

In October 4,2016, Hurricane Mathew struck Southern Haiti, followed by severe floods that caused substantial damage to many major cities and towns. According to Reuter, the flood has killed an estimated 800 people. More than 28,000 homes have been damaged so far, and 21,000 people are in shelters, according to the Haitian Interior Ministry.U.N officials have called the hurricane the country’s worst humanitarian crisis since the 2010 earthquake, which killed about 200,000 people. Jacmel, on the southern coast and Haiti’s fourth largest city, is also badly affected. The number of people in those shelters has almost doubled in a day, from 2,700 to 4,000.

The storm has affected the already vulnerable Haitians who are still feeling the long-term effects of the 2010 earthquake, subsequent cholera outbreak, and two droughts. Aid agencies fear that cholera — a deadly disease spread by contaminated water — could also devastate vulnerable populations. Already, new cases are being reported at local clinics. Health - workers expressed worry that hospitals had insufficient supplies to deal with the injuries or disease that could follow the storm.

LIA’s team in Jacmel was able to do a rapid assessment of the community’s prevailing needs in terms of urgency, the kind of resources necessitated, and structures and partnerships vital to effectively help the affected communities in Jacmel and its surrounding.

What is the mission statement of the organization you represent?

We exist to mobilize the local Church to restore health, renew hope, and inspire lasting transformation for the world’s most vulnerable children and families.

What humanitarian category does the project best fit under?

Describe the current budget situation. Is the land owned outright? What has been spent on the project and what is the estimated remaining costs? What is the strategy for attaining outstanding funds? Please provide as many specifics as possible.

LIA headquarters is prepared to make all funds available for the construction of three roof systems for the medical buildings to stop existing leaks, installation of concrete pads to support and level the foundations, and construct a pavilion to protect the Caterpillar generator from the elements. Operating expenses are covered under the existing LIA annual budget.

Financials can be found here: https://lifeinabundance.org/financials/

Describe the land situation. Has land been procured? Has a site been selected? Was land donated from the local government? Is a deed in-hand? Is the organization currently looking for land?

The land was purchased by LIA in 2011 and has free and clear title. The buildings were donated to LIA shortly after the purchase and shipped to Jacmel from Europe. The site includes 3 modular medical clinics, a large generator and water pump (in connex box).

What is typical price per square meter for construction in this region?

Yes. There are several lodging options in Jacmel for LIA teams.

What are the specific program desires for the project. How many buildings, stories, and floor plan square meters? Provide a detailed list of rooms desired and their specific intent.

Roof systems - The existing 48' x 48' medical buildings have flat roofs that are tarred between the modular seams. Over the years the seams have become unlevel and water is infiltrating the buildings. The desire is to design a pitch roof system that can be constructed out of lumber and metal roofing materials. The roof systems would be attached to the exterior of the buildings and prevent any further water damage.

Concrete pads - The medical buildings have a stilt foundation that is not well leveled on the ground. The tropical climate and rainfall has caused the stilts to sink into the ground causing further roof issues. The desire would be to design basic instructions, including drawings, for 2'x2'x2' concrete pads to be constructed to support and level the foundation system. Once the foundation system issues have been resolved, the roofs would be installed. All measurements should be in metric.

Generator - LIA was given a high-power Caterpillar generator to power the facility as public electricity is quite unreliable. The generator is scheduled to be picked up for maintenance in the coming weeks and requires a new pavilion structure. The design should include a concrete pad and shed roof to protect the generator from the elements as best as possible. The existing cover does not completely cover the generator.

Provide any additional information that should be considered.

Explain the desired timeline from the project. When do you hope to start and finish construction? Will construction occur in phases?

Construction can begin immediately upon the receipt of plans. Desire to begin work in the next 60 days.

Upload an documents pertaining to this project.